You watched the video and went through the experiment. Click here for a pdf review of what you did.

Was the mixture you created homogeneous or heterogeneous? Explain your answer.
Posted by Wm Chamberlain at 8:29 AM 35 comments

What Would You Take? 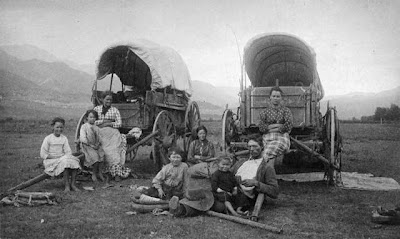 The success or failure of a party depended most heavily on their choice of equipment and supplies for the journey. Every emigrant insisted on taking along some luxuries and items of sentimental value. Chamber pots, lanterns, mirrors, Bibles, school books, clocks, and furniture were crammed into odd spaces in almost every wagon. Emigrants were advised not to overload their wagons, but many underestimated the magnitude of the trek they were setting out on and were later forced to discard nonessential cargo. Hard stretches of the Trail became littered with such castoffs as emigrants lightened the load for their weary animals.

Certain accessories and tools for making emergency repairs to a wagon were necessary to bring along. These included rope, brake chains, a wagon jack, extra axles and tongues, wheel parts, axes, saws, hammers, knives, and a sturdy shovel. Cooking utensils were also required -- few overlanders were without a Dutch oven and a good iron skillet -- and the trip was simply not possible without a water barrel to get the party and their animals through dry stretches of the Trail. Weapons and kits for casting bullets were essential, as well, though they were far more commonly used for hunting than for fighting Indians.

However, most of the space in the emigrants' wagons was reserved for food.

Excerpt from the End of the Oregon Trail Interpretive Center


After reading the selection, what three things would you take as a 11-12 year old boy or girl in the 1850's? Make sure they are appropriate for the time period, no video games, tv's, cell phones, etc.
Posted by Wm Chamberlain at 12:12 PM 49 comments 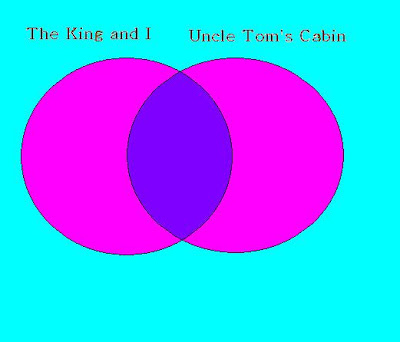 After watching The King and I and Uncle Tom's Cabin you should be able to identify some similarities and differences. Comment on one way the movies are alike and one way they are different.
Posted by Wm Chamberlain at 1:56 PM 16 comments

After watching the video, answer these 4 problems.


What behavior does this video show? Do you think it is inborn or learned?
Posted by Wm Chamberlain at 7:50 AM 36 comments

Paul Revere is not a Horse

Paul Revere was made famous for his "Midnight Ride". Read the poem then you can go to his Wikipedia page to learn more about him. After you read about him, check out this video. Then read this excerpt from:

THE TRUE STORY OF PAUL REVERE

"Most men like Revere--- somewhat above the average of the mass, but not possessing the usual elements of enduring fame-- pass out of life eulogized by their fellow-citizens; remembered by a circle of admiring and respecting friends until they also pass away; and are ultimately forgotten, finding no place upon the pages of written history.Â

"Paul Revere was rescued from this fate by an accident-- the witchery of a poet's Imagination.Â His famous ride on the night of the 18th of April, 1775, remained unsung, if not unhonored, for eighty-eight years, or until Longfellow in 1863 made it the text for his Landlord's Tale in the Wayside Inn.

"It is to Longfellow's simple and tuneful ballad that most persons undoubtedly owe their knowledge of the fact that a man of the name of Revere really did something on the eve of the historic skirmish at Lexington which is worth remembering."

If you remember, I found an article in the Joplin Globe about the excavation of a time capsule that contains a 1957 Plymouth Belvedere. Here is a link to a slide show of the capsule. The capsule will be opened in June for the 100th anniversary of Oklahoma statehood.
Posted by Wm Chamberlain at 1:34 PM 1 comments

If I Say It, It's and Opinion, If Somebody Else Says It, It's a Movement

Learning isn’t about being productive or being able to compete in today’s world or even being entrepreneurial. It is about making choices for yourself, being in control of your own destiny, about leading a good life, being the best you can be, however you define ‘good’ and ‘best’ to be.

Can I Subtract a Larger Number from a Smaller Number?

Can I Subtract a Larger Number from a Smaller Number?
Posted by Wm Chamberlain at 10:11 AM 8 comments

Listen to Mr. Lett's question, then post your answer.

The Power of Erosion-Mud Slides 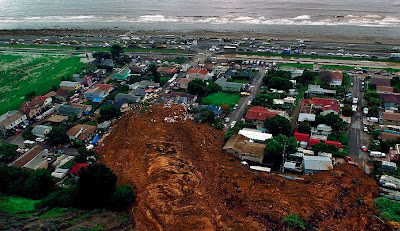 Maybe you should think about where you buy your next house!
Posted by Wm Chamberlain at 10:01 AM 4 comments

Did You Know the Earth had 24 Different Time Zones

Posted by Wm Chamberlain at 9:58 AM 4 comments

What was the Drinking Gourd?Post your guess on the comments page, then use this NASA link to find out more about the song. Comment again on whether you were right or wrong.

Posted by Wm Chamberlain at 11:00 AM 5 comments

Where Did Zero Come From?

Posted by Wm Chamberlain at 8:33 AM 32 comments

How Long is a Meter?

How Long is a Meter? 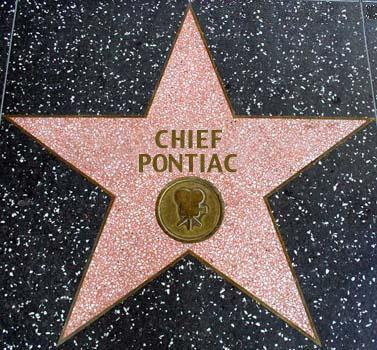 Dylan's explanation of his pick for favorite historic figure you learned about so far sealed the deal. Click here for more information on the winner!
Posted by Wm Chamberlain at 8:33 PM 4 comments 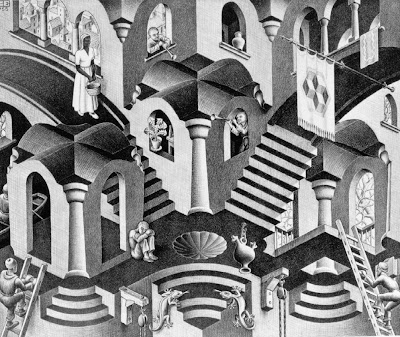 Why Do We Need Fractions?

Why do we need fractions?

MLK I Have A Dream Speech

This video is almost 18 minutes long. You may want to watch small parts of it at a time. After you watch it, leave a comment about the speech. 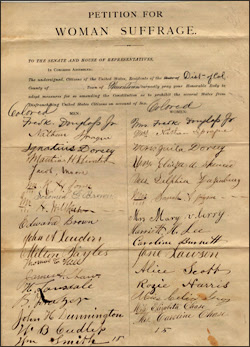 The World isn't Flat, It's Uphill All the Way

Watch the video and leave your thoughts, you don't need the audio to read the information. If this doesn't make you want to study, then prepare to pluck chickens. (If they don't invent a machine to do it first!)

What were the effects of the cotton gin. Watch the video and then comment.

Posted by Wm Chamberlain at 9:36 AM 38 comments

Watch the video. It shows dust storms from the 1930's. We know that overfarming contributed to what we now call the Dust Bowl. If you had been living then, what advice would you give the government to help stop the wind erosion? There is no sound for this video.

Posted by Wm Chamberlain at 8:43 AM 4 comments